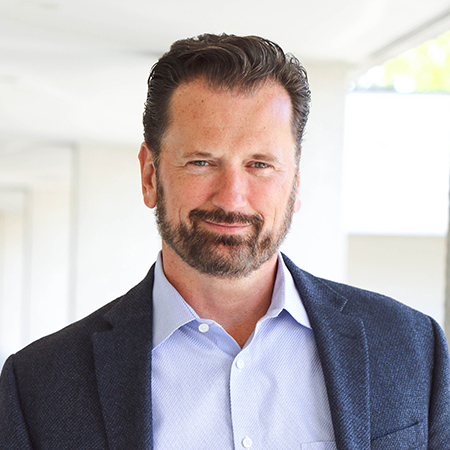 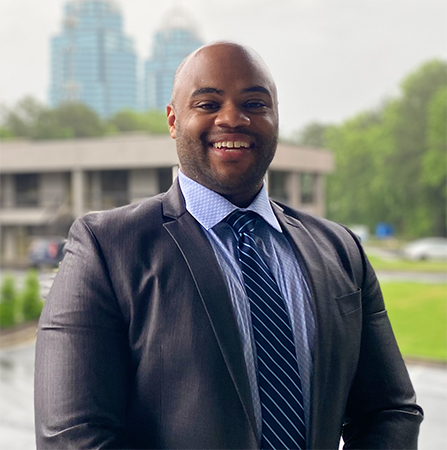 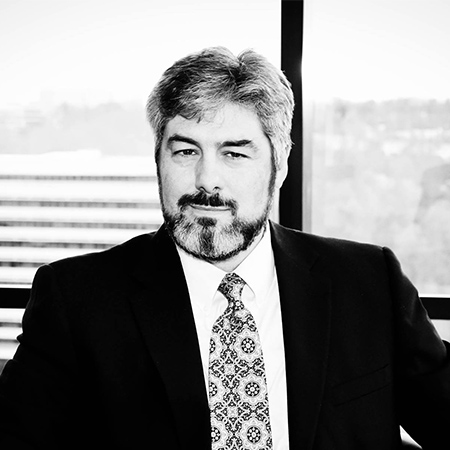 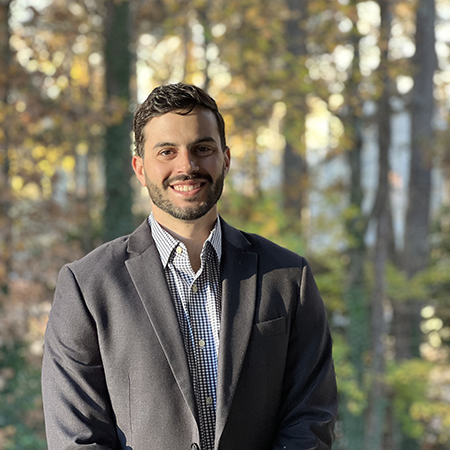 Michael Lisenby has been the president and CEO of Rausch Advisory Services, since January 2021. He is responsible for the firm-wide operations, with the executive team reporting to him. Michael has been with Rausch since its inception in 2013. He served previously as managing partner. Michael has over 20 years of experience helping businesses manage their accounting, finance, technology resources, and consulting needs effectively. His experience includes consulting and co-sourcing, IT audits, SOX compliance, technology security assessments, risk identification, assessment and evaluation, risk response, risk monitoring, IS control design and implementation, IS control monitoring and maintenance. Prior to joining Rausch Advisory Services, Michael held leadership roles with Arthur Andersen and several other National Consulting Firms, and has prior internal audit experience with Fortune Brands and Philip Morris. He currently serves on the Board of Directors for the Institute of Internal Auditors Atlanta Chapter and formally served on the Board of Directors for Information Systems Audit and Control Association (ISACA/Atlanta & Milwaukee). Michael holds a CRISC (Certified in Risk and Information Systems Control) Certification and a CDPSE (Certified Data Privacy Solutions Engineer). Michael continues to speak nationally at events and has been published on information security topics to include: IT Audit & Governance, Malware, Ransomware and Spear Phishing. He was awarded the William Mulcahy Excellence through leadership Award by the Institute of Internal Auditors.

Dennis Green is a Principal for Rausch Advisory responsible for Business Advisory Services. His role includes project execution, service delivery, quality control, and client satisfaction. Dennis has a substantial amount of experience assisting clients with the implementation, management, and execution of Accounting, Audit, and IT functions, project management, SOX compliance, and process improvement. His experience includes managing and consulting on projects, process and procedure design and evaluation, internal control evaluation, IT control evaluation, IT system analysis, software selection, and evaluation, and continuous process and controls monitoring.

Prior to Rausch Advisory Services, Dennis has consulted on and managed engagements for KPMG LLP and Solomon Edwards Group LLC in the areas of project management, process improvement, internal audit, and IT audit. He has also served as an Accounting Manager and Regional Controller for NYSE publicly traded companies Genuine Parts Company (GPC) and Gypsum Management & Supply (GMS) with responsibilities ranging from Sarbanes-Oxley compliance, Internal Control design, and evaluation, to Month-End close management and production and analysis of the Financial Statements. Dennis received BBAs in both Accounting and Finance from Valdosta State University, as well as an MBA from Troy University. He is currently a licensed CPA in the state of Georgia and is a member of The Georgia Society of CPAs.

Wylie leads the Rausch Business Performance Improvement, Systems, and Governance Practice. Wylie has over 20 years of expertise in Finance, strategic use of Information Technology, and Process Improvement for multinational corporations gained in senior positions with KPMG Consulting, other national consulting firms, and private industry. Wylie has extensive experience in serving clients across multiple industries, including providing professional services in the area of SDLC Project Management, Governance, Internal Audit, Systems Implementations, Conversions, Business Intelligence, Process Improvement and serving as interim CFO and Controller. He has BBA in Finance from Georgia State University and is a Certified Public Accountant in the state of Georgia.

Jesse brings a wealth of experience to the Rausch team. In his role he is responsible for communicating our value proposition to new prospective clients as well as continuing to support our existing clients. He has over 11 years of accounting and auditing experience, including internal and external audit. He began his career working for PricewaterhouseCoopers in their core assurance group working with clients in the manufacturing, distribution, financial services, broadcasting, and staffing industries including publicly traded companies, privately-held firms and US subsidiaries of foreign companies that ranged in size from $10 million to $5 billion. He has extensive internal audit experience in the financial services, hospitality and cannabis industries with managing and consulting on projects, process and procedure design and evaluation, internal control evaluation, risk assessments and continuous process and controls monitoring.

Jesse is an accounting and auditing expert who has been relied on by C-suite executives to determine appropriate accounting treatments for complex transactions and design effective internal controls over financial reporting. He has led teams of external auditors to complete integrated audits of financial statements and internal controls as well as teams of internal auditors in the execution of operational audits and SOX audits. Jesse has also served as primary liaison between Management and external auditors to coordinate efforts and assist in the timely completion of annual financial audits and quarterly reviews in accordance with SEC reporting requirements. Prior to his role as a Client Relationship Manager, he was a consultant where he designed a SOX audit program, performed enterprise-wide risk assessments, and assisted in the development of processes and procedures for a privately-held company in preparation for their IPO. In previous roles, Jesse advised on the operational effectiveness of key cross-functional processes and controls (outside of accounting) and provided risk mitigation solutions for functional areas such as human resources, marketing, development, and information technology.

Jesse received his BBA and Master’s in Accountancy from Georgia Southern University. He is currently a licensed CPA in the state of Georgia and is a member of The Georgia Society of CPAs.

As a CPA and someone who has been on the delivery side, he is well positioned to support our clients needs as a Client relationship Manager.

Deborah Nail joins Rausch with a background in business development, marketing and sales operations. Her strength for building relationships in the business sector make her a valuable asset to our Client Relationship team. Deb’s proven track record of success and dedication as a business leader are instrumental in onboarding new clients and maintaining strong client relationships founded on business value. Her innate ability to motivate others, attracts top notch candidates for our client fulfillment needs. Deb works directly with the Rausch leadership team to develop new business, executive marketing plans and manage projects with existing customers. She thinks big and outside the box, having operated and managed successful businesses in the wholesale, retail and design industries, bringing her entrepreneurial spirit to the Rausch culture. She has won awards for her business achievements, design, creativity and marketing strategies and has been featured in Entrepreneur Magazine, the Atlanta Business Chronicle and various other publications. She is also an award-winning sculpture artist. Her education is in Business Administration from the University of Cincinnati.

A. Stephen Meadows (Advisory Board Member)

RETIRED CHIEF ACCOUNTING OFFICER, WESTROCK COMPANY Steve Meadows joined WestRock formally RockTenn in 2006 as the Chief Accounting Officer and served in this capacity until retiring in 2019. WestRock Company (NYSE: WRK) aspires to be the premier partner and unrivaled provider of paper and packaging solutions in consumer and corrugated markets. WestRock’s 42,000 team members support customers around the world from 275 operating and business locations spanning North America, South America, Europe and Asia-Pacific. Meadows lends his significant financial and business expertise to the Rausch Advisory Board. His informed guidance serves as a tremendous ally in the quest for superior corporate governance. Meadows previously served as Chief Accounting Officer at Drummond Company, Inc., and Vice President, Finance and Risk Management at Progress Ventures. Meadows received his bachelor’s degree in social and political sciences from Cambridge University, England. He is a member of the Institute of Chartered Accountants in England and Wales.

VP OF INTERNAL AUDIT & CAE AT GRAPHIC PACKAGING INTERNATIONAL, INC. AP of Internal Audit & CAE at Graphic Packaging International, Inc. Ms. Kaczynski oversees the Company’s global audit, and risk strategies, including corporate compliance, enterprise risk management, and other key governance initiatives. Lori is a certified public accountant and certified internal auditor with many years of experience in a variety of industries and roles in the areas of external auditing, internal auditing, leadership, controlling, transaction and technical accounting, financial reporting, analysis, compliance and ethics, enterprise wide risk management, and cash management. Her previous experience includes responsibilities with several large multi-nationals, a Fortune 100 Company, and an international accounting firm. She holds a Bachelor of Business Administration with a major in Accounting from Kennesaw State University (KSU) and currently serves as Secretary of the KSU Accounting Department Academic Advisory Council and is a member of the Internal Audit Center Advisory Board. She is a member of the Executive Committee and Board of Governors, and Vice President of Membership for the Institute of Internal Auditors Atlanta Chapter. In addtion to serving on the Advisory Board for Rausch Advisory Services, she also sits on the Board of the Smith-Gilbert Garden Foundation. She is a member of the American institute of Certified Public Accountants.

CHIEF INFORMATION OFFICER AT COLONIAL PIPELINE COMPANY “In companies today, nothing is more important than information security and the protection of data. Rausch Advisory Services is committed to providing information security services that help their clients manage risk and implement best practices. As a CIO, I understand and manage cybersecurity challenges routinely. I am pleased to be a member of the Advisory Board to share my knowledge and expertise to support the growth of the company and strengthen their strategic position in information security services.” – Marie Mouchet. Marie Mouchet is Chief Information Officer at Colonial Pipeline Company where she leads the development and implementation of IT strategy across Colonial Pipeline Company. Her role provides strategic and tactical planning and direction for information technology.

Previously, Mouchet has served in leadership positions within Southern Company for more than 25 years, and has experience across many Southern Company business lines including regulatory affairs, financial services, public relations, marketing, sales and generation. In her roles, she has established organizations, led the development of high performance teams and organizational structures, established and revised business processes, and developed and implemented strategies. Her last role at Souther Company was the VP | CIO, Southern Company Operations and Southern Nuclear. A role where she provided strategic and tactical planning and direction for information technology at fossil, hydro and nuclear generating plants, fuel services for the plants, new plant acquisitions, new nuclear plant development, a real-time trading floor, the engineering and construction services organization, and the transmission system. In addition to serving on Rausch’s Advisory Board Mouchet, currently serves at the Women in Technology (WIT) Foundation Board, which supports the philanthropic goals of WIT, Inc. and focuses on pre-career programs in science, technology, engineering and mathematics for young women. In 2012, Mouchet was named the Enterprise CIO of the Year by the Georgia CIO Leadership Association, and one of the “Fierce”-est Women in Energy by online industry newsletter FierceEnergy. In 2009, Mouchet was selected as one of Computerworld’s Premier 100 IT Leaders. In 2007, she was named Woman of the Year in Technology by the Atlanta-based Women in Technology organization, and was also named Woman of Excellence by Business to Business Magazine. Mouchet holds a bachelor’s degree in mathematics and a master’s degree in mathematics education from Georgia State University.

Thank you for your Interest in the following document. As this is your first time downloading a document, please complete the following information and the file will be immediately available for download.